Pressure Plate Malfunction – What Are The Symptoms? 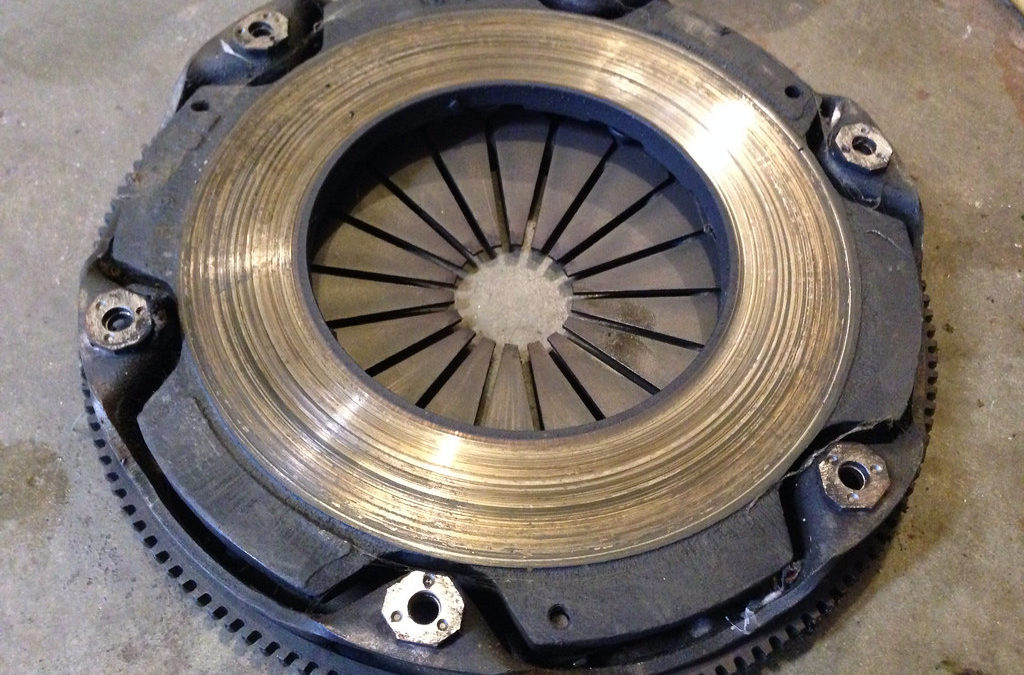 Clutch assemblies, including the pressure plate, typically don’t need to be replaced until well into the mileage of the vehicle; however, the rate at which clutch wear takes place can greatly depend upon the individual’s driving habits, including how they utilize the clutch and what conditions they typically drive under. For instance, someone who spends a lot of time in heavy traffic or frequently travels through mountainous terrain will need to replace the clutch much sooner than someone who travels at highway speeds the majority of the time. The fact is, eventually clutch wear takes place to the point of requiring replacement. The pressure plate is an integral part of the clutch assembly, and therefore, if you begin to notice clutch failure, it could be related to the compromised integrity of the pressure plate.

What Is The Function Of A Pressure Plate?

In the clutch assembly of a manual transmission, the pressure plate, or clutch plate, acts alongside several other components, including the flywheel and clutch disc—both of which contribute to how the clutch becomes engaged and disengaged while initiating gears shifting and maintaining a specific speed. The clutch plate undergoes a lot of pressure and friction in this process and can become worn over time—especially with consistently strained gear shifting.

If you drive a car with a manual transmission, chances are you’ve gotten the hang of what it feels like to shift gears—once you’ve been driving the car for a while it seems to become second nature. If you have difficulty shifting gears, you might notice that the clutch doesn’t completely disengage when you press and then release the pedal. This can cause strain on the transmission and engine components, and while the issue might not directly be related to the pressure plate, it’s important to have a differential diagnosis performed to isolate the source of the problem in the other parts of the clutch assembly.

Gear slippage happens when the clutch plate has become too damaged or worn to fully engage in a specific gear. You might notice what feels like engine “revving” where the rpm increases seemingly too drastically for the shift to take place. Normally when the driver shifts to a higher gear and the clutch is disengaged suddenly without one foot pressing on the gas pedal the manual transmission will stall; however, if the pressure plate is too worn then you may notice your car doesn’t stall when it normally would.

Odd Noises When Using The Clutch

If your car exhibits audible symptoms such as squeaking or grinding, then it’s likely that the clutch has become significantly worn. Noises that arise when you disengage the clutch usually imply that there are issues with other parts of the clutch assembly besides the pressure plate—but in turn, these worn parts will inevitably affect the functioning of the pressure plate.

Shaking Or Vibrating When Using The Clutch

Disengaging the clutch might bring on severe vibrating or shaking occurs when the pressure plate can’t perform its job adequately. This is a concerning symptom in a manual transmission; although it could be related to another issue, the clutch should be inspected by a reliable service centre for damage.”

Get in touch with us today for professional advice and guidance!