Flywheel & Clutch – Do They Need To Be Replaced At The Same Time? 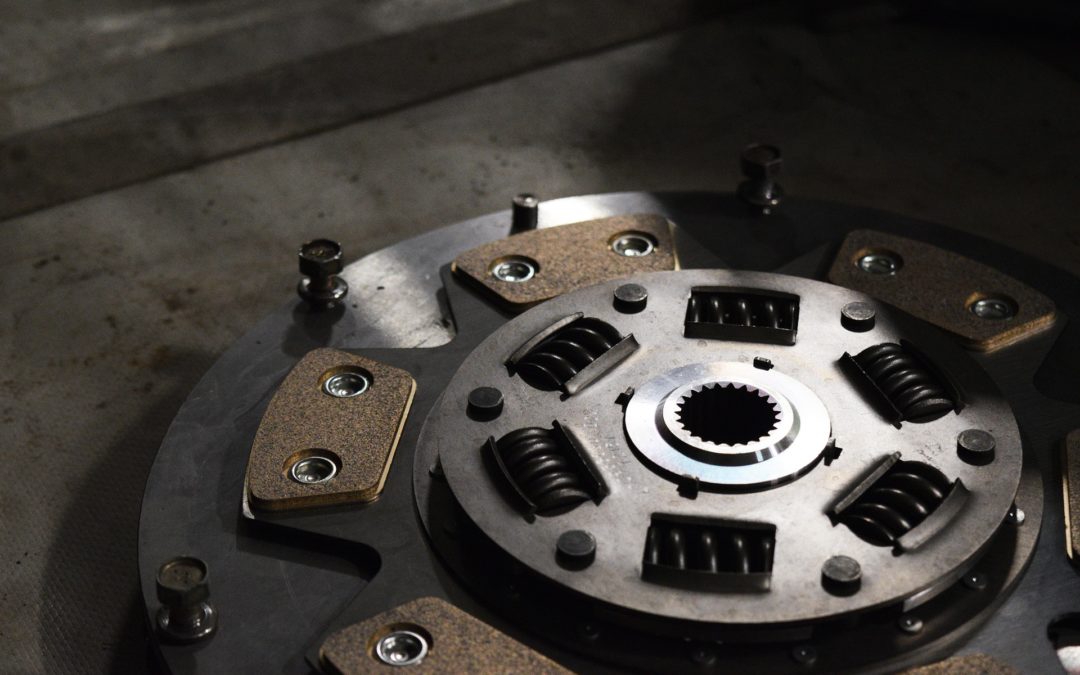 On a manual transmission vehicle, the clutch and flywheel are the two main components responsible for transmitting power from the engine to the transmission. If either one fails, the car will not be driveable. Recognize when each component is failing or about to fail, as well as when you should replace them in the course of other maintenance.

The flywheel is the interface between the clutch mechanism and the transmission. It is a large metal disc, with a series of teeth around its outer edge; it resembles a large gear. The purpose of the teeth is to allow the starter to engage it and thus, turn the engine over.

The clutch disc can become worn; this is a normal consequence of driving and will occur at intervals of 95,000 – 160,000 kilometres, depending on driving conditions. When severely worn, the clutch will “slip,” losing traction against the flywheel; this will result in the engine racing without transmitting power to the transmission, particularly under load or hard acceleration.

The clutch release bearing can also become worn. This will result in hard operation of the clutch mechanism, noise, vibration or “chattering. ” At this point, the bearing needs replacement.

The flywheel can also suffer from broken and/or worn teeth. This can cause the starter to fail to engage properly.

When you notice clutch “slippage,” it is usually because the clutch disc is worn. Other mechanical problems with the clutch can be caused by a failure of the release bearing. You should replace both parts as a unit, even if only one is worn, because the labour to replace either part is expensive, and the parts themselves are inexpensive.

You will rarely need to replace the flywheel, but the flywheel should be resurfaced whenever the clutch disc is replaced in a high-mileage car, and that can be easily done when the clutch assembly has been removed.

In the case of other repairs that involve major disassembly of the powertrain, such as removal of the engine, transmission or drive axle(s), it is a very good idea to replace the clutch disc and release bearing as a matter of course, since these components are now exposed for easy disassembly. This can save you lots of money in future repair bills.”