How Do ABS Brakes Work? 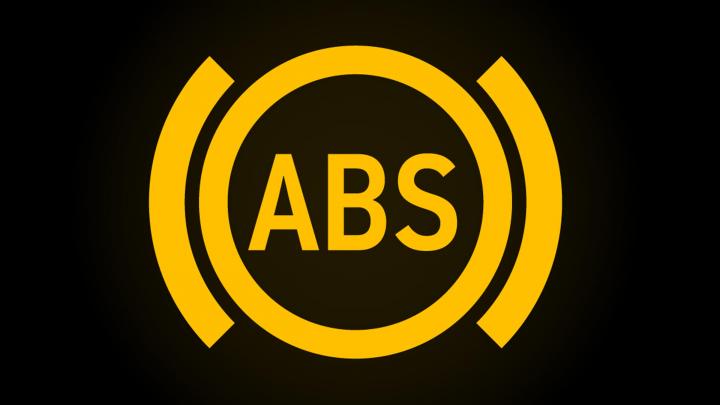 How Do ABS Brakes Work?

Stopping a car in a hurry on a slippery road can be very challenging. Anti-lock braking systems (ABS) take a lot of the challenge out of this sometimes nerve-wracking event. In fact, on slippery surfaces, even professional drivers can’t stop as quickly without ABS as an average driver can with ABS.

The theory behind anti-lock brakes is simple. A skidding wheel (where the tire contact patch is sliding relative to the road) has less traction than a non-skidding wheel. If you have been stuck on ice, you know that if your wheels are spinning you have no traction. This is because the contact patch is sliding relative to the ice (see Brakes: How Friction Works for more). By keeping the wheels from skidding while you slow down, anti-lock brakes benefit you in two ways: You’ll stop faster, and you’ll be able to steer while you stop.

There are four main components to an ABS system that allow it to work for you.

The anti-lock braking system needs some way of knowing when a wheel is about to lock up. The speed sensors, which are located at each wheel, or in some cases in the differential, provide this information.

There is a valve in the brake line of each brake controlled by the ABS. On some systems, the valve has three positions:

a) In position one, the valve is open; pressure from the master cylinder is passed right through to the brake.

b) In position two, the valve blocks the line, isolating that brake from the master cylinder. This prevents the pressure from rising further should the driver push the brake pedal harder.

c) In position three, the valve releases some of the pressure from the brake.

The controller is a computer in the car. It watches the speed sensors and controls the valves.

There are many different variations and control algorithms for ABS systems; the simplest of which works in the following ways:

The controller monitors the speed sensors at all times. It is looking for decelerations in the wheel that are out of the ordinary. Right before wheels lock up, it will experience a rapid deceleration. If left unchecked, the wheel would stop much more quickly than any car could. It might take a car five seconds to stop from 97 km/ph under ideal conditions, but a wheel that locks up could stop spinning in less than a second.

The ABS controller knows that such a rapid deceleration is impossible, so it reduces the pressure to that brake until it sees an acceleration, then it increases the pressure until it sees the deceleration again. It can do this very quickly, before the tire can actually significantly change speed. The result is that the tire slows down at the same rate as the car, with the brakes keeping the tires very near the point at which they will start to lock up. This gives the system maximum braking power.

When the ABS system is in operation you will feel a pulsing in the brake pedal; this comes from the rapid opening and closing of the valves. Some ABS systems can cycle up to 15 times per second.

To have your ABS brakes repaired, replaced or simply assessed, click here to get in touch with one of our friendly consultants today!