Brake Noise – How to Get Pinpoint All Those Annoying Brake Noises 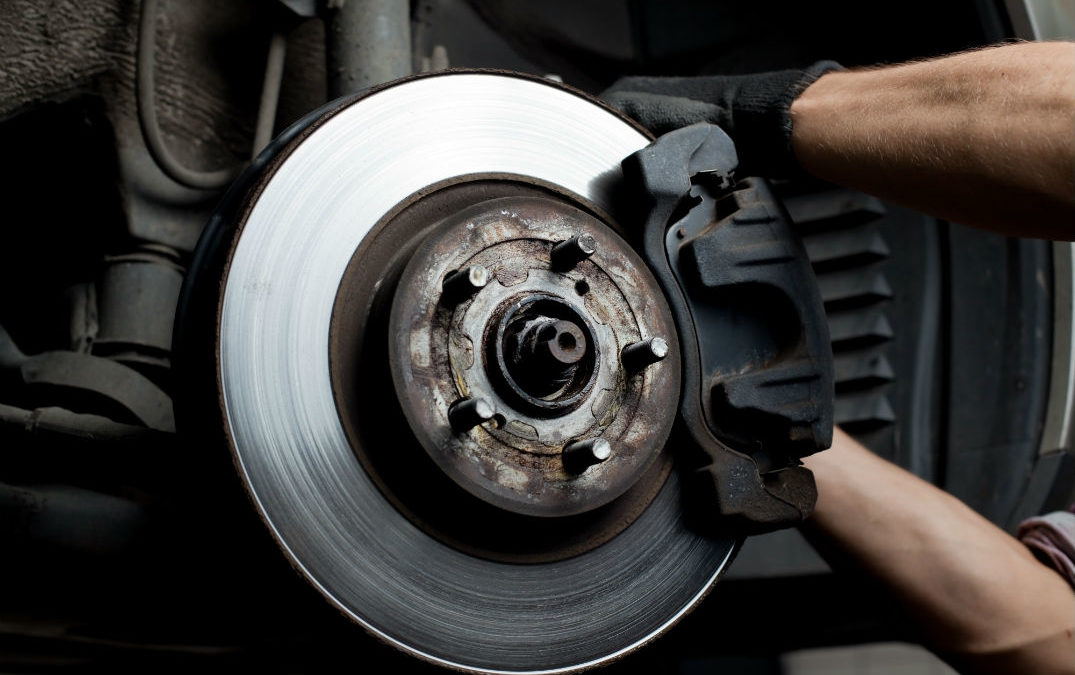 Brake Noise – How to Get Pinpoint All Those Annoying Brake Noises

All brakes make noise. When the friction material makes contact with the rotor, the coupling causes the brake pad and rotor to oscillate and vibrate. In engineering terms, this is called “force coupled excitation,” which means that the components are locked as a combined system that will vibrate at the system’s natural frequency’s combined modes of vibration.

The amount of excitation and the frequency generated can be influenced by variations in brake torque (or changes in the coefficient of friction) across the rotor’s face. As the components heat up, the rotor may develop hot spots that could cause the rotor to have different regions of friction that produce different levels of brake torque. This friction coupling is where most brake noise is generated.

When a customer hears a brake noise, it is not just the “pure” sound of the friction coupling. The sound they are hearing is a product of the entire brake system, structural transfer paths through suspension components into the passenger compartment and amplified noise within the reflective wheel well acting as a reverberant echo chamber.

Many technicians are quick to condemn the brake pads in a noise issue, when in actuality the source of the noise is the rotor. The reason why most technicians blame the pads instead of the rotor is that they think that the rotor is unchanging under heat and extreme force. This is not true. A rotor’s shape can become “alive” or “dynamic” under the mechanical forces of braking and heat.

As the mechanical forces of braking act on the rotor, it can actually move and flex. While not visible to the naked eye, this movement can cause excitation and noise at the friction coupling. A poorly designed fin and hat design may not be able to control such noise.

The smoothness of the friction surface of a rotor is described in terms of microfinish or RA factor. RA stands for Roughness Average and represents a way to measure the smoothness of a rotor. Most lathes out there, when in good condition and used properly, will yield very acceptable RA factors.

The calliper supplies the mechanical force for the friction coupling. The calliper’s ability to keep a consistent “friction footprint” between the pads and the rotor’s face under different levels of mechanical force will determine how well it is able to control noise.

The second property a calliper must have is the ability to absorb and dampen vibration. A heavier brake calliper can better dampen vibration. But, like all automotive engineering and design problems, only so much weight can be put at a corner of a vehicle before it starts to affect unsprung weight. In some cases, engineers will shift mass to certain areas of the calliper, like the fingers and bridge.

If a component has too much freedom of movement, it will vibrate and create noise. If a component has a tight fit, chances are it will vibrate and even excite other components around it. This effect is compounded even further when it can influence the friction coupling, like a stuck brake pad. This is why it is necessary to ensure that slides, guides and clips allow movement, but not too much play. Many clips will lose tension over time. When the spring tension is lost, it is then unable to isolate and dampen vibration.

Brake shims have the ability to control noise in three ways. First, they prevent and reduce the transmission and amplitude of vibrational forces that cause excitation of the calliper, pad assembly and attached structure. This is accomplished by visco-elastic damping material within the layering construction of the shim and the method of bonding to the pad assembly.

Second, a shim can add mass to the brake pad that can dampen vibrations and oscillations in the pad and calliper. They reduce reaction forces transmitted back into the brake piston using elastomer interface coatings on their surface.

Petroleum-based lubricants should never be used for brake assembly work because mineral oils can cause boots and seals to swell and fail. Never use ordinary “chassis grease” on brake calliper sleeves and bushings. Chances are that within 500 to 1,000 miles, the chassis grease will break down and form a gooey mess that will cause the calliper to seize.

For any information or assessments on your noisy brakes, click here to get in touch with us today!