How Does ABS Work on a Motorbike? 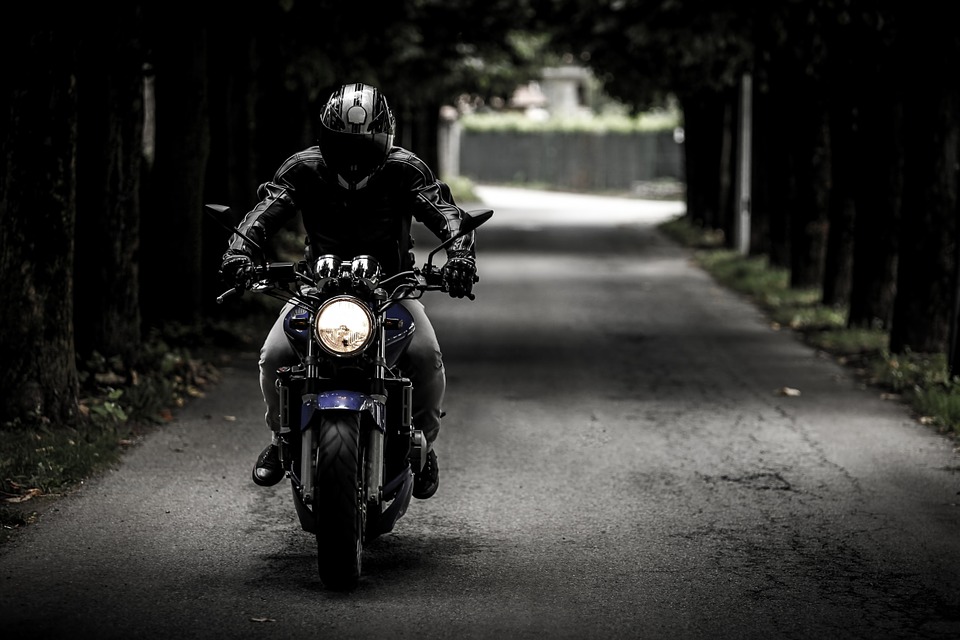 How Does ABS Work on a Motorbike?

Safe braking at a bike’s maximum potential deceleration, that’s what ABS provides. After decades of development, Antilock Brakes are finally finding universal acceptance — even on sport bikes — and the technology is no longer considered a performance handicap. But how does motorcycle ABS work?

The theory is that the maximum braking force a wheeled vehicle is able to achieve lies at a point just prior to lockup. But, the moment where the wheels will lock is infinitely variable and extremely difficult to predict. Each individual road surface has a unique coefficient of friction, which varies by temperature, weather and condition and the same goes for individual tires, factoring in wear and pressure too. Motorcycle dynamics also play a role as weight distribution changes under deceleration and the motorcycle leans over while cornering. Factor in a bike’s individual front and rear brakes and you have a very, very complicated equation; and an important one.

Not only does the rate of deceleration achieved give us the ability to avoid stuff like left-turning cars, but if a wheel locks, it can cause the motorcycle to lose control and crash — even in non-emergency braking scenarios.

Until 1988 riders had no choice but to process that equation themselves, relying on “feel,” judgment and experience. Early ABS systems weren’t much of an improvement; while they were able to prevent wheels from locking, they often couldn’t achieve the same rate of deceleration as a reasonably skilled rider and were prone to kicking in when not needed. Thanks to the ever-increasing sophistication of computerized control units, modern ABS has improved to the point where its actuation is undetectable and its effectiveness is undeniable.

The Components of Motorbike ABS Systems

All ABS systems share the same basic components: Slotted rings on each wheel are used to monitor and compare wheel speeds, with the ABS ECU monitoring them constantly, at intervals just a tiny fraction of a second apart. But, the rider still actuates the brakes via hydraulic lines. On an ABS-equipped bike, the hydraulic pressure just flows through a pump controlled by that ECU and fitted with simple solenoid valves. If you pull the fuse that operates the ABS computer or pump, the brakes will still work, they’re mechanical, just with the ability for the electronics to intervene.

As technology advances, additional sensors supply the ECU with more data. Those sensors may include lean angle, handlebar angle, throttle position and the two separate brakes have started informing each other of their individual actions.

What Does ABS Do?

The necessity for a safety system such as the ABS became obvious under hard braking conditions and when having to slow down on slippery surfaces, say wet asphalt. One of the biggest problems of braking hard when riding a motorcycle is the wheel or wheels lock-up.

As the rider detects a dangerous obstacle and squeezes the brakes, applying excessive force may cause the wheel to stop spinning and this leads to losing the grip. With no firm contact between the tire’s contact patch and the tar or concrete, the bike becomes unstable and a crash is imminent.

The role of the ABS is to detect the wheel slip fractions of a second before it would normally occur because of the braking force and adjust or modulate the said force, allowing the wheel to keep turning back within the limits of grip.

Now, some would say that a system that counteracts the braking force is silly. It may look so at first, but the technology is really working to the rider’s advantage.

Why not get a competitive quote on your motorbike brakes, or simply have them checked out? Click here to get in touch with us to do that today!